Continuing in the spirit of the conversation between John and I in the last post, I really attempted in these drawings to NOT focus on the idea of beauty. Instead, I made a specific point to try to clearly understand where the model’s feet are and what role they play in setting up the rest of the pose. As you can see I’ve drawn and redrawn
different part of these poses (especially the feet), in order to try to make sense of what was happening in each pose. 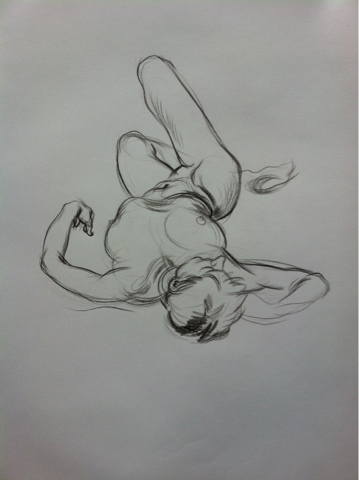 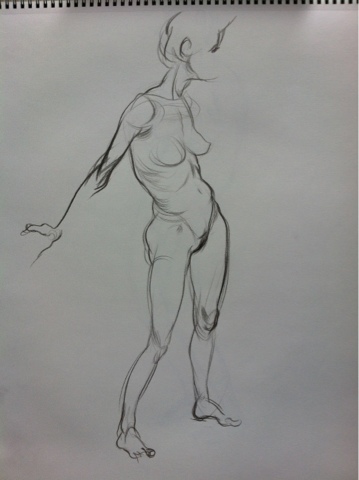 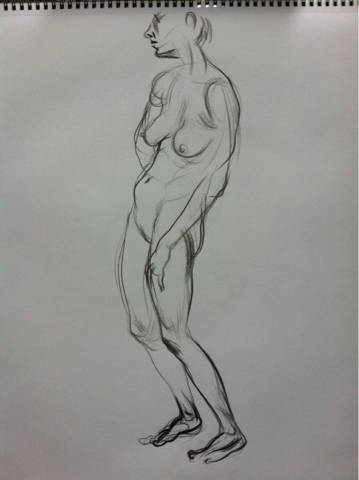 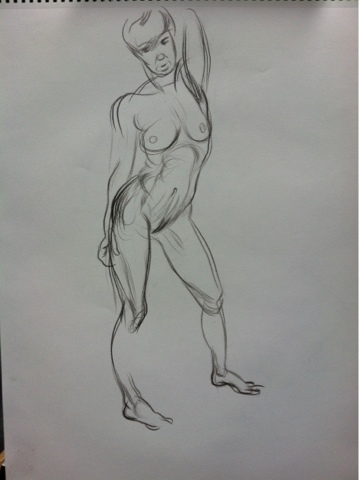 Posted by Robert Babboni at 3:26 PM No comments: 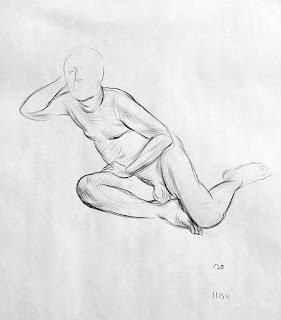 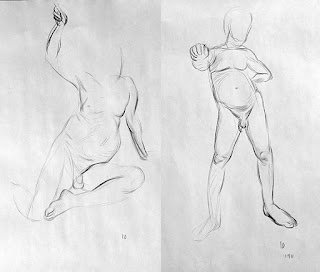 While I am motivated by the character of the pose, I can see my drawings are more about the forces and physical mechanics of the model's body. I like to draw what the model is doing and how he accomplishes the pose. Even when I approach the model's face, it most often has to do with the role the face plays in the direction and power of the forces operating through the entire pose. Looking at Rob's drawings from his previous post, I think he is responding to a delicacy in Jess's expression and how that delicacy manifests throughout the pose. My first response to the top drawing was "it's beautiful and captures a softness that I never seem to get but, I wish he had drawn her feet."

I say this, not as criticism but, as an effort to identify my own shortcomings (or reliance on my own comforts) and to challenge myself to reach further into the meaning of the pose as Rob has done.

These drawings are from a workshop at CalArts lead by Phil Rynda. Watching Phil draw and hearing him talk about his effort to find the emotional center of the pose by first and foremost establishing the model's face as the foundation from which the entire pose is motivated, coupled with Rob's drawings, has me reevaluating my own approach. 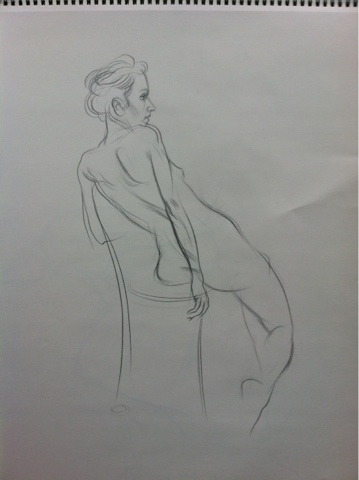 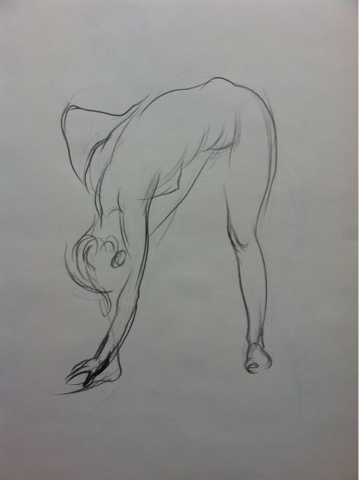 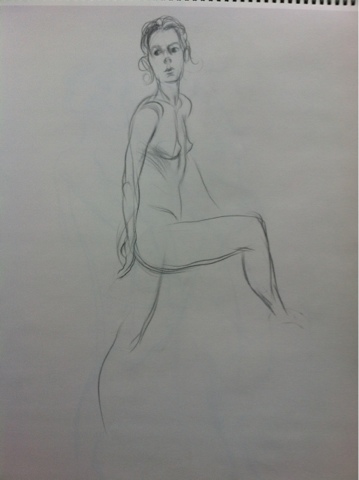